The chemical structure of methadone began in Germany in 1937 when scientists were searching for a pain killing drug that was not as addictive as morphine. During World War II, Germany began synthesizing the chemical, they called, Hoechst, to replace the short supplies of morphine and other analgesics. Commercial manufacturing began in 1939, and despite the obvious potential for tolerance and addiction, the substance was advertised as having “little risk for addiction”.

Methadone in the United States

At the end of the WWII, the United States obtained the rights to the substance through war acquisitions and named it methadone. In 1947, methadone was approved as a pain reliever in the United States and soon after, it was determined to be useful in treating narcotic addictions. Little changed surrounding methadone until the resurgence of heroin addictions in the 1960’s.

The Resurgence of Heroin

Heroin was synthesized in 1874 and later, in 1898, the Bayer Company marketed it as a non addictive alternative to the morphine and opium addictions that had spread since the Civil War and the influx of Chinese opium dens. Throughout the following years, laws targeted opium and other narcotics and with the exception of inner cities, the narcotic addictions declined.

It wasn’t until the Viet Nam War, that heroin addictions resurged across the United States. Throughout the war, soldiers gained access to heroin and other drugs in abundance and came home addicted. Trafficking, distributing, and dealing drugs in the U.S. got considerably worse as the Counter Culture baby boomers started developing addictions and others became involved for profit.

By the mid 1960’s the United States began to take a second look at methadone for treatment of heroin addictions and as a deterrent to the spread of crime, IV use, and diseases associated with its abuse. “The idea behind this research was that methadone could be used to manage or maintain heroin addiction.” according to the Center for Substance Abuse Research. 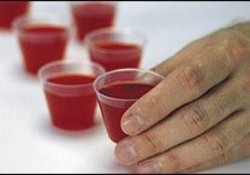 Methadone started to be used as an opiate addiction treatment in the 1960s.

Although methadone had been used to treat opioid addictions since the early 1950’s the first methadone maintenance treatment (MMT) programs were not established until 1971. They would combine the dispensing of methadone daily, with education, agency assistance for medical and psychological issues, counseling, and community support. The programs were limited to geographical areas with the highest rates of addiction and even, today, are still limited to urban areas where abuse is more abundant.

MMT providers are specially licensed to dispense methadone and follow strict monitoring regulations. The addicts are required to comply with prescribed treatment plans, some pay a fee and others, such as Medicaid recipients, can participate for free with no time limits.

MMT programs have been successful in helping thousands of opiate addicts rebuild their lives by reducing the craving and dangerous activities associated with opioid addiction.