Home / Articles / Getting a Methadone Prescription

Getting a Methadone Prescription

Methadone has been associated with the treatment of heroin addictions since it was introduced in the 1960’s. In the 1990’s it became an acceptable pain management treatment for those suffering from chronic pain such as cancer or other life threatening illnesses. All that has changed and now, methadone is being, inappropriately, prescribed for more common ailments.

Methadone is a synthetic opioid that has been used in methadone maintenance treatment (MMT) for heroin and opioid addicts for years. The MMT providers required special licensing to dispense methadone due to its high risk potentials. MMT programs keep the dosage of methadone under tight control by requiring that patients return to the facility daily for dosing and dosages are dispensed according to evaluated needs and tolerance. MMT programs allow for take home doses after a period of participation to eligible patients, but, do not provide prescriptions.

Although physicians are required to be specially licensed to prescribe methadone for addiction treatments, increasingly, they provide prescriptions of methadone for pain. As a result, more overdoses are occurring from methadone abuse than any other opioid drug and the DEA, the CDC, and other agencies are taking notice.

In 2009, methadone accounted for 1.7% of 257 million opioid pain reliever prescriptions. In 2010, it accounted for 9% of the morphine milligram equivalents (MME) for opioid distributions being tracked, according to the CDC.

According to the CDC, methadone contributed to nearly 1 in 3 prescription painkiller deaths in 2009, about 5,000 people die every year of overdoses related to methadone, and six times as many people died of methadone overdoses in 2009 than a decade before. Those numbers are considerably higher today.

Getting a Methadone Prescription 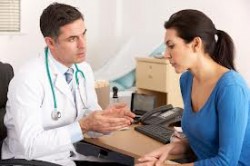 A methadone doctor can prescribe methadone to you.

Methadone abuse, diversions, and criminal activity involving methadone has raised high concerns and prevention measures are being taken regarding the overall methods and practices of methadone providers. In other words, it is about to get harder to get a prescription for methadone to treat pain, especially, when other treatment alternatives are available.

Physicians are guarding their licenses more so than they have in the past few years and it is nearly impossible to get a methadone prescription for mild to moderate pain. The guidelines require that the patient must exhibit chronic pain or methadone can be prescribed as pain management for palliative care. Unless the doctor is registered and specially licensed to prescribe methadone for addiction, which, most choose not to be a part of, legitimate prescriptions require an assessment, MRI, and/or other medical proof of chronic pain symptoms.

The loopholes come from doctors who are still willing to risk their license, patients fraudulently feigning their symptoms, or “pill mills” (pain management clinics that often disburse methadone prescriptions for money) which are high on the DEA’s list to close down.