Home / Articles / Heroin Addiction in the US: An Epidemic That Continues to Grow

Heroin Addiction in the US: An Epidemic That Continues to Grow

Overall, the National Survey on Drug Use and Health estimates that 669,000 Americans dabbed with heroin in 2012. Even worse, that number is not looking to go down any time soon.

Are you one of these people who are addicted to heroin? It’s time to get the help you need.

Call us now at 800-891-9360(Who Answers?) to learn more about your treatment options and reclaim your life.

Not Just in Cities

Heroin used to be mainly contained to larger cities, as it was easier for people to get drugs illegally. Unfortunately, the reign of heroin as a power drug is spreading into more rural populations.

For example, several small communities outside of St. Louis and Chicago are reporting huge increases in the number of heroin overdose deaths and amount of heroin seized by officials.

These two instances are not the exception, as suburban regions all over the country are facing this new epidemic.

Not Just for Adults 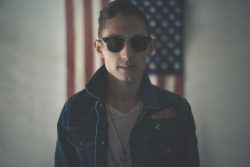 There has been an increase in young adults who are addicted to heroin.

Perhaps one of the most disappointing facts about heroin addiction is the age of those involved. The age group that saw the biggest increase in heroin abuse were young adults ages 18 to 25.

If there’s one good thing to consider, it’s that heroin use for teens ages 12 to 17 was on the decrease. In fact, it was at the lowest levels ever recorded in 2012.

Heroin users rarely just use heroin. They often combine their abuse with other drugs, such as cocaine and prescription painkillers, in order to get the best high possible. Most people use at least three other drugs at the same time.

What Has Caused This Spike?

Most people don’t set out to become addicted to heroin. Instead, they slowly build up their opioid tolerance until they find that they need something a little stronger to obtain the same high.

Many people are given opioid painkillers as a prescription for painful conditions. Doctors are fond of handing out these prescriptions, which has caused the number of opioid prescriptions to rise from 76 million in 1991 to 207 million in 2013.

Unfortunately, many people end up getting addicted. Opioid painkiller addiction caused 16,651 people to die in the United States in 2010, a number which has tripled since 1990.

Because your body will eventually build a tolerance to these painkillers, heroin is the next step in the addiction. It is stronger and will allow you to keep getting high without having terrible withdrawal symptoms.

What Can Be Done to Stop It?

While the prospects might seem dismal, there is hope. Here are just a few of the things that we can do to put an end to this epidemic:

We do have a long battle ahead of it, but if we all work together, heroin addiction in the US can and will be crushed.

If you’re ready to get help for your heroin addiction, there’s no better time than now.