Methadone Maintenance Treatment vs. Suboxone Treatment: Which is Better?

Methadone maintenance treatment and Suboxone treatment are both very specific treatment types that are used on patients who are addicted to opioids. While someone who has been abusing these drugs and needs treatment may have a difficult choice, it is hard to say which of these is better: based on an individual’s specific needs, one or the other may be much better. It all depends on the individual patient.

As stated by the NIJ, methadone maintenance treatment helps “opioid-addicted patients alleviate withdrawal symptoms, reduce opiate cravings, and bring about a biochemical balance in the body in order to reduce the illicit use of opioids.” Methadone is a synthetic opioid that, when used in low doses, does not cause the same effects that abused opioids cause including euphoria, intense drowsiness, etc.

Methadone maintenance is often a long-term treatment solution where a patient can be maintained on the drug to curb the issues of methadone dependence for at least a year. Sometimes this can last longer or even be indefinite. 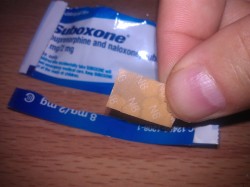 Suboxone, as stated by the FDA, is “a prescription medicine used to treat adults who are addicted to (dependent on) opioid drugs (either prescription or illegal) as part of a complete treatment program that also includes counseling and behavioral therapy.” While a relatively new treatment, it is highly beneficial to many patients and often well-tolerated by those who use it.

The drug contains buprenorphine, a partial opioid agonist, and naloxone, an opioid antagonist. Because these are not opioid agonists like methadone, they can have different effects and may often be more beneficial toward the recovery of certain patients. Suboxone is a brand name drug and, while there is also a similar medication called Subutex which does not contain naloxone, Suboxone is the more commonly prescribed medication.

So… Which is Better?

As previously stated, it truly depends on the individual’s needs and their specific treatment plan when deciding whether methadone maintenance treatment or Suboxone treatment is better. For example, some patients need a long-term treatment plan; they could have relapsed several times and may need to be maintained on opioids for the rest of their lives. Others may choose a shorter maintenance phase which ends in medically-supervised withdrawal where they are weaned off the drug in about a week or so.

In these cases, Suboxone treatment is most commonly used in shorter-term maintenance as opposed to methadone maintenance treatment which is more known for long-term maintenance. If you are looking for a long-term treatment plan that you may be able to stay on for several years or longer, methadone would be more beneficial to you. However, if you are hoping to taper off the medication more quickly, Suboxone is better built for this purpose.

Other things to consider:

It is difficult to say which of the two treatments is better because one is often better for a certain individual while, for another, it may not be. Finding out all you can about both treatments is necessary to make an informed decision about what is best for you.