Home / Articles / Side Effects of Methadone in Pregnant Women

Side Effects of Methadone in Pregnant Women 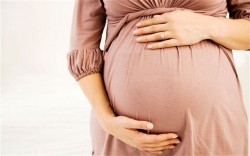 Pregnant women should talk to their doctors about medication treatment during pregnancy.

According to the American Council of Obstetricians & Gynecologists, as much as 4.4 percent of pregnant women were reported opiate users in 2010. Methadone, one of the few medications approved for treatment of opiate addiction during pregnancy, prevents withdrawal episodes from occurring while also warding off persistent drug cravings

According to the U. S. National Library of Medicine, since 1998, methadone has remained the standard of care for the treatment of opiate addiction for pregnant women. Most notably, methadone’s ability to stabilize blood-opiate levels during pregnancy goes a long way towards preventing withdrawal episodes from occurring.

As a treatment medication, methadone acts as a substitute for addictive opiate drugs without creating a high risk for addiction. While standard treatment protocols do recommend certain dosage levels throughout the course of treatment, the physical changes that take place during pregnancy increase the potential for side effects of methadone to develop.

When it comes time to give birth, standard medications given to relieve the pain of labor include opiate antagonist drugs. Methadone works as an opiate agonist, meaning it stimulates the production of certain neurotransmitter chemicals.

In effect, an opiate antagonist agent will counteract methadone’s intended effects and cause side effects of methadone to develop. Withdrawal symptoms and increased discomfort during labor are likely.

Side Effects for the Baby

Since methadone works as a substitute opiate treatment, babies exposed to methadone in the womb have a high risk of developing neonatal abstinence syndrome. This side effect of methadone can actually cause the baby to experience withdrawal effects.

While the side effects of methadone during pregnancy do warrant cause for concern, mothers considering going “cold turkey” during pregnancy may face even greater dangers. Any condition that increases the potential for withdrawal effects to develop can jeopardize the health and life of the fetus. Fetal abnormalities and the likelihood of premature birth increases considerably.