When you started on methadone maintenance therapy for your opioid addiction, your doctor probably focused on telling you how the process would work.

There’s no doubt they explained how you’d have to visit a clinic once a day and would be strictly monitored to make sure you aren’t abusing the medication.

They probably even covered some of the more serious side effects you could experience when taking methadone, such as decreased heart rate or respiratory depression.

However, they might have failed to explain the less serious adverse effects of the drug. Here are some of the most common adverse side effects of MMT, but if you’d like more information, don’t hesitate to talk with a specialist at 800-891-9360(Who Answers?).

Several studies have been done that confirm a lack of sexual desire in MMT patients. One study performed in Australia found that 53 percent of married men suffered from erectile dysfunction, with 26 percent reporting it as moderate to severe. 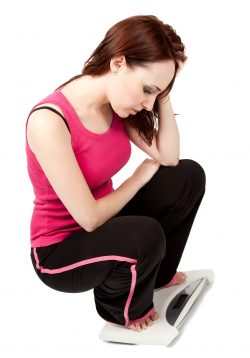 Methadone can cause weight gain.

Unfortunately, taking methadone may make you more susceptible to packing on the pounds. One study that examined 16 methadone patients found that their mean weight had increased by 1.86 percent after three months and 3.67 percent after six months.

If that’s not enough evidence, consider this study done in Bratislava. It looked at 274 MMT patients. At the start of treatment, 10 percent were underweight, 72 percent had a normal weight, 15 were overweight, and three percent were obese.

While methadone can help some people with their sleep patterns, for others, it can cause trouble falling asleep, waking frequently during the night, and not getting enough sleep. In some patients who gain weight, it can even cause sleep apnea.

MMT is frequently known to cause nausea and vomiting as a primary side effects. However, this symptom usually disappears after your body gets used to taking methadone.

If not, your doctor can prescribe a special medication to help reduce your suffering.

Chronic constipation is a big problem with any opioid, methadone included. In fact, estimates show that over 30 percent of MMT patients might be suffering from constipation. To combat this, you might be able to take stool softeners or laxatives to get things moving.

Are Long Term Methadone Use Side Effects Dangerous?

It’s rare, but some MMT patients do begin to develop skin lesions. One study in Australia that looked at 388 MMT patients were most commonly seen in people who used street methadone, who messed up their dose, or who injected methadone.

However, the problem only seemed to be related to those who used methadone syrup, so most people following MMT are not affected.

There have been over 10 experiments that have investigated how doses of high-concentration methadone interact with the heart. Some of these have suggested that methadone might be linked with problems with cardiac repolarization, which can lead to an arrhythmia.

However, most of the people who had issues had an underlying heart condition, which is something your doctor should check for before starting you on MMT in the first place.

Keep in mind that if your symptoms are making your life unbearable, you do have other treatment options. To learn more about alternative opioid addiction treatment methods, simply call us now at 800-891-9360(Who Answers?).

How the helpline works

Calls to any general helpline (non-facility specific 1-8XX numbers) for your visit will be answered by American Addiction Centers (AAC), a paid advertiser on MethadoneClinic.com.

AAC representatives are standing by 24/7 to discuss your treatment options. These representatives work solely for AAC and will discuss whether an AAC facility may be an option for you. This helpline is offered at no cost to you and with no obligation to enter into treatment. Neither MethadoneClinic.com nor AAC receives any commission or other fee that is dependent upon which treatment provider a visitor may ultimately choose.

For more information on AAC’s commitment to ethical marketing and treatment practices, or to learn more about how to select a treatment provider, visit AmericanAddictionCenters.org. If you wish to explore additional treatment options or connect with a specific rehab center, you can browse top-rated listings or visit SAMHSA.