While both sexes can use drugs, studies show that men and women have very different habits when it comes to substance abuse. For example, women often become addicted in a shorter amount of time and with smaller doses than men do.

Women are also prone to tougher cravings and a higher chance of relapse, most likely due to hormonal changes caused by their menstrual cycles.

With all of these differences, you might be wondering if methadone maintenance treatment will be effective in women. Luckily, not only is it effective, it’s actually one of the best ways to prevent relapse and help a woman stay off of drugs for good. 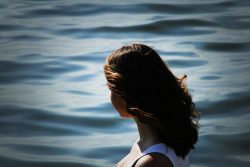 For many women, treating opioids probably stopped or delayed their usual menstrual cycle. This may have prevented them from getting pregnant while on drugs.

However, when they begin to switch over to methadone and stop taking so many opioids, their periods will return. This will increase their chances of getting pregnant once again.

Therefore, it’s important for women switching to methadone to reevaluate their sexual behaviors and possibly consider starting birth control if they do not wish to get pregnant.

Unfortunately, research has shown that women have a higher risk of co-occurring psychiatric and medical issues related to substance abuse than men do.

Because of this, simply taking methadone might not be the answer for many women. Instead, they will also need treatment for their social, mental, and domestic issues.

Often, these issues contribute to drug use, meaning that if they aren’t treated at the same time the drug abuse is treated, women will have a much greater chance of relapsing once methadone maintenance has concluded.

However, on the whole, methadone has been shown to be highly effective in reducing risky sexual activity in women as well as trading sexual favors for money or drugs.

Because methadone is still seen as a negative treatment in our society, many women are afraid to seek this kind of help for their addiction.

They may feel like people will look down on them and think they are simply replacing one drug addiction for another.

This can deter women from seeking the treatment they need to get better.

One major factor that women need to consider before going on methadone is their likelihood of becoming pregnant.

When a pregnant woman takes methadone, it can be passed through the placenta to the developing baby.

While this might sound dangerous, it is a lot less harmful for the child than if the mother is still taking uncontrolled doses of illegal opioids. Actually, taking methadone has will not cause any birth defects for child.

In fact, many doctors prescribe methadone during pregnancy to preserve the health of the fetus by preventing early delivery, spontaneous abortion, or preeclampsia.

One downside of using methadone maintenance therapy during pregnancy is the chance of neonatal abstinence syndrome. In this syndrome, the baby will be born with a dependence on methadone.

As soon as the child is born, they will begin having withdrawal symptoms as their brain adjusts to the lack of opioids in their system.

Luckily, this syndrome is not harmful and will only cause your baby mild discomfort. Symptoms usually fade away after about a week, and the baby can go on to live a happy and healthy life.

In the end, there’s no major differences between men and women when it comes to methadone maintenance treatment. Studies have shown that it is highly effective in both sexes in preventing relapse.

If you’re a woman and want to put an end to your substance abuse, there’s no reason to keep putting it off. Call us now at 800-891-9360(Who Answers?) to learn more about methadone and how it can help you.

Calls to any general helpline (non-facility specific 1-8XX numbers) for your visit will be answered by one of our treatment partners, a paid advertiser on Methadoneclinic.com.