Methadone was first synthesized during the 1930’s by German chemists in an attempt to produce an analgesic (pain-reducing) medication with similar effects, but less addictive, than morphine. It was used heavily for medical purposes during World War II due to a shortage of morphine, and later introduced in the United States in 1947. It can still be used for pain relief if long-term treatment for pain is needed. While less addictive compared to other narcotic pain relievers, such as morphine or oxycodone, there is still potential for methadone abuse.

Methadone is no longer covered by a patent and can therefore be produced and sold by numerous manufacturers. A few brand-name formulations are still available and they are sold in the United States directly to hospitals and addiction treatment facilities under the following names: 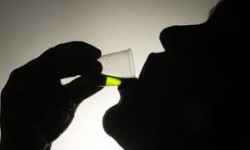 Though originally created as an analgesic, methadone is now known mostly for its use in treating addiction to more highly addicting opiates such as heroin. Treatment with methadone reduces withdrawal symptoms of more dangerous drugs, reduces craving for more addictive narcotic drugs, and reduces the rewarding effects of those drugs. For example, if a patient receiving methadone treatment for heroin addiction injects heroin, he will not feel as high and hopefully begin to lose interest in the drug. It is thought that this is the most effective strategy available for preventing relapse into addiction.

Sometimes these names are related to the nature of the drug or its delivery method. For example, “Fizzies” may relate to the common practice of dissolving the tablets in a drink, similar to an instant fizzing drink of the same name. Alternatively, many are purely for misdirection of unwanted listeners, like “Chocolate Chip Cookies,” which gives no hint of the true subject matter. Further examples of both include:

When There is Cause for Concern

While it may be difficult to determine whether a friend, child, or other loved one is experimenting with or addicted to an illicit drug called “Juice” or just really likes fruit juice an awful lot simply by the nouns they choose. As soon as authority figures like parents or the police know the street name of a drug, users and dealers will invent new names. Context and behavior are then key clues, for example, one does not usually need to visit a dangerous part of town or speak in hushed tones to purchase actual chocolate chip cookies.