Dangers of Methadone Abuse & the Need to Stick with Your Prescription

For decades, methadone has been an effective medication used in the treatment of opioid addictions, but more recently, it has gained popularity as a narcotic pain relief medication. The misuse, abuse, and diversions of methadone make it one of the most dangerous drugs in existence today.

As the access to methadone increases, there are signs of parallel increases in methadone abuse and overdoses that have raised considerable concern among the medical community.

In 2006, the Food and Drug Administration (FDA) issued warnings regarding methadone prescriptions for pain because of the epidemic rise in related overdose deaths. Starting dosages should not exceed 30mg per day and the 40mg formulations were limited to use in treatment programs and hospitals. The intervals between doses were expanded from 2.5mg – 10mg every 3-4 hours to every 8-10 hours because methadone is a long lasting opioid that metabolizes slowly and builds up in the person’s system. Methadone should not be used on an as needed basis, for mild, acute, or “breakthrough” pain and should not be considered a first choice for non-cancer pain relief.

Dangers of Methadone Abuse & the Need to Stick with Your Prescription 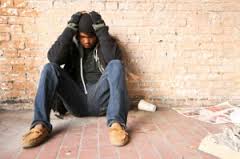 Abusing methadone is very dangerous, as it is a potentially addictive drug.

Methadone is a “tricky” drug to use and fatally dangerous if abused. It is a central nervous system depressant that can lead to dangerously slowed breathing and cardiac arrhythmias resulting in overdose and death. These risks are exponentially multiplied when methadone is used in combination with other drugs or alcohol.

Methadone metabolizes slower than other opioids and remains active although the therapeutic effects, such as pain relief, wear off. A person should not take more methadone than prescribed because there is a small difference between appropriate doses and overdoses. If the pain is not being managed properly, it is best to contact your physician before increasing a methadone dose.

People are biologically different and methadone affects everyone differently. Overdoses can occur by: