Home / Articles / Do the Effects of Methadone Stop Drug Cravings?

Do the Effects of Methadone Stop Drug Cravings?

Opiate addictions encompass a wide variety of drugs, some of which include: 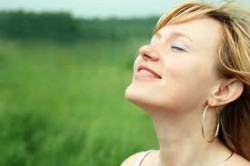 Methadone can help you avoid relapse by preventing cravings!

When used on a short-term basis, the risk of abuse and addiction remains low as far as the prescription opiate drugs go. In general, long-term use of any opiate drug can have damaging effects on the brain’s chemical processes.

Methadone, commonly used to treat opiate addictions, offers chronic opiate users a real chance at maintaining abstinence for the long-term. The effects of methadone rely on a daily dosing schedule that works to relieve the drug cravings addicts so often experience in recovery.

Opiates and the Brain

These interactions between opiates and the brain set the stage for opiate addictions to develop.

With ongoing use, the brain comes to rely on opiate effects to maintain a certain degree of chemical equilibrium, according to the National Drug Intelligence Center.

In spite of this close affinity, ongoing opiate use slowly degrades brain cell structures and functions making them less sensitive to opiate’s effects. This process results in rising tolerance levels where the brain requires increasingly higher doses of the drug for normal function.

As most addicts well know, frequent “hits” of opiates throughout the day are needed to maintain a certain desired effect. Likewise, the effects of methadone rely on a daily dosing schedule. As methadone produces a slow-acting effect, it only takes one dose per day to keep drug cravings in check.

According to the Centers for Disease Control & Prevention, a single dose of methadone has to be large enough to ward off drug cravings but small enough to prevent a person from experiencing a “high” effect. Otherwise, too high or too low a dose can diminish the therapeutic effects of methadone.

Methadone treatment offers recovering addicts a way to wean off other addictive opiate drugs while at the same time reducing the level of drug cravings a person experiences. According to the U.S. National Library of Medicine, the effects of methadone work best when used as a long-term, maintenance treatment approach.

As people recovering from chronic opiate addictions may well experience drug cravings for months or years after they stop using, methadone maintenance treatment can greatly decrease the degree of discomfort addicts experience during the early stages of recovery. Ongoing methadone treatment also reduces the likelihood a person will relapse in recovery.

How Our Helpline Works

Calls to any general helpline (non-facility specific 1-8XX numbers) for your visit will be answered by American Addiction Centers (AAC).

We are standing by 24/7 to discuss your treatment options. Our representatives work solely for AAC and will discuss whether an AAC facility may be an option for you. Our helpline is offered at no cost to you and with no obligation to enter into treatment. Neither MethadoneClinic.com nor AAC receives any commission or other fee that is dependent upon which treatment provider a visitor may ultimately choose.

For more information on AAC’s commitment to ethical marketing and treatment practices, or to learn more about how to select a treatment provider, visit our About AAC page. If you wish to explore additional treatment options or connect with a specific rehab center, you can browse top-rated listings or visit SAMHSA.