Home / Articles / Understanding Methadone and Other Drugs in the Same Class

Understanding Methadone and Other Drugs in the Same Class

If you’re struggling with an addiction to opiates such as heroin or prescription painkillers, you’ve probably heard of methadone as a treatment option for addiction.

But do you really know what it is or how it works?

Even more important – what makes methadone and similar medications in this class different from each other?

Before beginning treatment, it’s important to understand these concepts so you can have a better idea of how your recovery will go.

What Is Methadone Classified As? 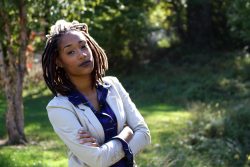 A single dose of methadone can alleviate withdrawal for up to 24 hours.

Unfortunately, narcotic analgesics are extremely addictive and can lead to abuse if you take them for more than three to four months. Taking them for longer than this is only safe if you are under the care of a doctor, as is the case with methadone.

How Does Methadone Work?

Methadone works by attaching to the opioid receptors in your brain. Because these receptors help regulate the nervous system, taking methadone can change the way your brain responds to pain, creating a euphoric feeling or high.

Unlike other narcotic analgesics, methadone has a much longer duration of action, meaning that it will stayed attached to your opioid receptors for a longer period of time.

This is good for those using methadone for withdrawal symptoms, as a single dose can last up to 24 hours before you need another dose.

Do you have more questions about how methadone works? Don’t worry, because we can help. Simply call us at 800-891-9360(Who Answers?) to speak with a knowledgeable representative that will answer all of your questions.

What Are Some Other Opiate Analgesics?

Methadone isn’t the only narcotic analgesic available. In fact, you’re probably infinitely familiar with some of these other drugs, as many of them are abused for their euphoric properties.

Is Methadone a Synthetic Opiate?

While most of these drugs have legal uses, when taken without supervision from a doctor, they can quickly become deadly.

Now that you know a little more about methadone and other drugs in the same class, you can feel more prepared as you enter your addiction treatment.

With the proper knowledge, nothing will stand in the way of you living a better life.

Want to feel even more informed? Give us a call at 800-891-9360(Who Answers?) to learn more about methadone or find the treatment center closest to you.

Calls to any general helpline (non-facility specific 1-8XX numbers) for your visit will be answered by one of our treatment partners, a paid advertiser on Methadoneclinic.com.