Home / Articles / Weighing the Pros and Cons of Methadone

Weighing the Pros and Cons of Methadone

Methadone is a synthetic narcotic analgesic prescribed to treat chronic pain and alleviate opioid withdrawals and cravings in the treatment for opioid addictions. Methadone is an opioid agonist which produces similar effects to other opiods by binding to the same receptors in the brain, but, according to the Center for Substance Abuse Research, “with methadone the gradual and mild onset of action prevents the user from getting high and experiencing euphoric effects.” Methadone has been the most widely used medication in the treatment of opioid addictions since the 1960’s resurgence of heroin addictions, but it does have some adverse consequences. The decision to undergo methadone treatment should not be made without first, weighing the pros and cons of methadone use.

Addiction to opioids including heroin, morphine, and opiate painkillers not only harms the addict physically and psychologically, but it causes problems in their families, finances, work, and overall ability to function with any normalcy in society. Methadone helps the opioid addict regain a sense of normalcy because it: 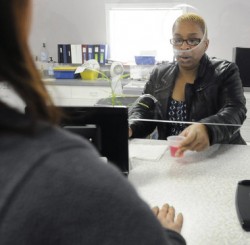 Methadone is a helpful treatment, but there are some things to consider before starting it.

Methadone is an effective treatment for opioid abuse when taken as prescribed, but there are some negative side effects and possible adverse consequences regarding its use. Under the careful supervision of a qualified physician most of these effects can be mitigated. The cons of methadone are: