Methadone is a synthetic narcotic prescribed as an opioid analgesic to treat chronic pain and opioid addictions because it suppresses opioid withdrawals for 24 to 36 hours and alleviates craving for other opioid drugs. Methadone is a Schedule II controlled substance and is highly addictive. It works by attaching to the same opioid receptors in the brain as other opioids such as heroin, morphine and prescription painkillers, but, the onset is more gradual and milder.

The first and foremost of the dangerous effects of methadone is the fact that methadone-related deaths and overdoses have increased in proportion to the increase in prescriptions. According to the 2008 Drug Threat Assessment from the National Drug Intelligence Center, “the increase in methadone-related deaths appears to correspond closely with the increase in legitimate disbursements.” There are indications that in addition to methadone being used as treatment pain or opioid addictions, some individuals seek methadone for abuse as it becomes more widely available. Methadone has the ability to decrease respiration and heart rate resulting in overdose and often, sudden death. In high amounts or if used in combination with other drugs or alcohol, there is a greater risk of overdose, coma, and death involving methadone. 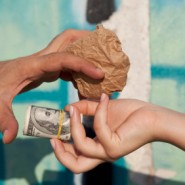 Methadone has a potential for abuse and diversion into street sales.

Methadone has a high potential for abuse and addiction. It produces similar effects as other opioid drugs, and many people use it to continue their opioid dependency or as a replacement drug. Methadone causes withdrawals similar to those of opioid addictions, if suddenly discontinued and is notorious for being difficult to detox from. It is often diverted from legitimate methadone patients who receive it for pain or from methadone maintenance programs and opioid addicts commonly interchange their abuse of opioids with methadone to decrease opioid abuse, as a cheap alternative, or to avoid withdrawals when they are unable to obtain other opioid drugs. When taken in higher amounts or more frequently methadone can be physically and psychologically harmful.

Other Dangerous Effect of Methadone

Methadone does have some common side effects, including drowsiness, constipation, breathing difficulties, and dry mouth. The most dangerous effects are depressed respiration and heart rate which is a major contributor to increased overdoses and deaths. In long term methadone use, it can cause respiratory problems including lung infections and breathing problems. It also causes restlessness, sexual dysfunction, menstrual cycle changes or lapses, and pregnancy complications if dosage levels are reduced during pregnancy.