Methadone is a controversial medication that has been proven to help reduce heroin withdrawal symptoms when it is taken under the direct supervision of a doctor. Taken correctly, methadone can have a number of benefits for the user. It can restore balance and stability, reduce withdrawal symptoms and allow the user to get back on track with a healthy, drug-free life.

According to the CDC, methadone maintenance treatment can help to reduce the drug-seeking behavior that consumes the lives of many heroin addicts. The use of this daily medication helps to curb cravings and minimize symptoms of heroin withdrawal allowing the user to focus on things other than seeking their next “fix.”

Because methadone is taken once a day, and after a patient’s dose has been properly defined by a methadone doctor there is no need for daily trips to a clinic, the improved stability of the user’s life is greatly increased. Heroin withdrawal symptoms are often the primary concern for users, they can be the reason why a user who wants to remain sober and do better chooses to get high instead. Methadone stops these symptoms and allows the user to live a more controlled and stable lifestyle.

The CDC reports that the mortality rate for patients who are receiving methadone maintenance treatment is 30 percent less than those who continue to abuse heroin. The risk of dying from methadone is far smaller than the risk of dying from heroin use. There is less risk for STDs and intravenously transmitted infections or diseases which further improves the overall mortality rate for those in MMT. 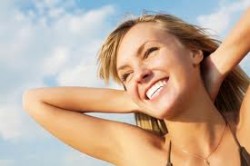 Symptoms of heroin withdrawal are the primary concern for most addicts who take the steps toward getting sober. These symptoms can wreak havoc on the user’s life and may make it difficult to remain committed to abstinence. Fortunately, methadone helps to reduce opiate withdrawal symptoms by sedating the effects of heroin and blocking the euphoria that is felt allowing the individual to heal comfortably.

Studies have found that those who get methadone treatment are less likely to partake in criminal activity in an effort to get their hands on the drugs that they feel they need. Methadone is available with a prescription, there’s no need to seek it out on the street. Unlike heroin, methadone is a safer more controlled alternative that can really help.