Home / Articles / Heroin Addiction and the Brain: What You Don’t Know Until You’ve Lived with an Addict

Heroin Addiction and the Brain: What You Don’t Know Until You’ve Lived with an Addict

Disclaimer: my boyfriend used to be a heroin addict.

He’s clean now, but it took us a while to get to that point.

For years, I felt like the third wheel in our relationship. Him and heroin were the real couple, while I just tagged along for the ride.

Living with him was difficult to say the least. It was a journey for both of us.

Along that journey, I learned a lot of things about heroin addiction and the brain. I learned firsthand how it can change a person and the way they behave.

Dealing with someone on heroin isn’t something you have to do on your own. You can get help finding treatments for them or learning how to be supportive by calling 800-891-9360(Who Answers?) today.

How Heroin Works in the Brain 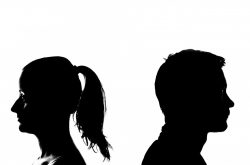 Once addicted, heroin takes top priority in a user’s life.

To start understanding heroin addiction and the brain, it’s first important to understand some of the structures of the brain.

Your brain contains lots of opioid receptors. Generally, these areas are the part of the brain that control pleasure and pain.

Usually, they communicate with each other using neurotransmitters such as dopamine in order to reward you for a certain behavior or to process a pain signal from elsewhere in the body.

This is known as the reward pathway and is why certain things like exercise or sexual activity feel good to us.

However, as soon as you take a dose of heroin, it floods the brain and goes straight to these receptors.

It binds to them, causing a huge release of dopamine.

This, in turn, helps you feel a euphoric high and stimulating all of these pleasure centers at once.

Effects on the Brain

This all sounds fine and dandy – why wouldn’t I want my partner to feel pleasure?

Because I know just how bad the downfall can be.

Shortly after that initial burst of euphoria, he always began coming down from his high.

This is because his brain was trying to adapt to this unnatural flooding of dopamine. To do this, synaptic activity in his brain began to decrease, helping to clear out the dopamine faster.

Unfortunately, this process is what builds up a person’s tolerance and causes them to need more and more heroin to get the same high.

What I never realized before was that it also leads to a decrease in the body’s natural reward systems.

This is probably the reason why my boyfriend lost interest in sex and never seemed to be happy with anything anymore.

He eventually fell into a depression, claiming he just couldn’t feel anything unless he was high. It took me a while, but I eventually understood why.

Helping Your Loved One into a Methadone Maintenance Program

Opiate addiction is like a progressive disease that keeps getting worse until the proper treatment is received and then, it must be continuously managed or it may raise its ugly head in a moment’s notice. This isn’t a character flaw, although you and your loved one may both, feel that way. It is simply the ….

How This Changed Him for Good and His Recovery

Because his brain was constantly trying to compensate for the effects of heroin, he began to show different personality traits.

He could no longer make good decisions like he used to.

He even had problems with learning and memory. Often, I told him things and he seemed to instantly forget them.

Things didn’t immediately get better once he started treatment. While the brain is a powerful organ, it can’t immediately rewire itself just because drugs are out of your system.

Instead, the chances have been slow, but noticeable. I can tell he can remember more, and he’s even been able to start making better decisions in life.

I know there’s still a long road ahead of us. But together, I’m sure we can do anything to fight against heroin.

Are you ready to take a stand against your heroin addiction? Believe me, it can be done.