Is Buprenorphine a Good Methadone Alternative?

Many people are wondering if buprenorphine is a good methadone alternative. In many ways, it can be. But in some cases, methadone is a better treatment for certain individuals. It is important to consider all your needs and the facts of your particular situation in order to decide if methadone or buprenorphine is right for you.

Yes. In the way that methadone is a pharmacological treatment that is best when paired with therapy to treat opioid addiction, buprenorphine is similar to methadone. Like methadone, buprenorphine

In many ways, buprenorphine treatment is like methadone treatment. It is very beneficial to many individuals who use it and has shown large promise as an addiction treatment. But why would someone need a methadone alternative?

Reasons to Choose a Methadone Alternative 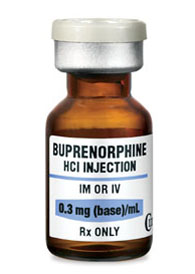 Buprenorphine is often used as an alternative to methadone.

Methadone is an extremely helpful medication which many opioid addicts are maintained on every year. Harvard Medical School states that 100,000 Americans are “using methadone as a maintenance treatment.”  But, like all medications, methadone has its drawbacks.

While methadone treatment has many positives, there are also reasons why someone might choose a methadone alternative. For many, buprenorphine is a good alternative to methadone.

Buprenorphine as a Methadone Alternative

Some reasons you may want to choose methadone over buprenorphine are

Methadone and buprenorphine both have their particular benefits when it comes to treating opioid addiction. For some individuals, one drug may be more helpful at a certain time than another. Some people even switch from one to another over time at the suggestion of their doctor.

Buprenorphine is a good methadone alternative in many ways, but you should always consider a medication’s strengths and weaknesses before starting it and whether or not it can care for your needs in order for it to be a truly beneficial treatment.

How Our Helpline Works

Calls to any general helpline (non-facility specific 1-8XX numbers) for your visit will be answered by American Addiction Centers (AAC).

We are standing by 24/7 to discuss your treatment options. Our representatives work solely for AAC and will discuss whether an AAC facility may be an option for you. Our helpline is offered at no cost to you and with no obligation to enter into treatment. Neither MethadoneClinic.com nor AAC receives any commission or other fee that is dependent upon which treatment provider a visitor may ultimately choose.

For more information on AAC’s commitment to ethical marketing and treatment practices, or to learn more about how to select a treatment provider, visit our About AAC page. If you wish to explore additional treatment options or connect with a specific rehab center, you can browse top-rated listings or visit SAMHSA.