Home / Articles / What Exactly Does Heroin Do To The Body?

What Exactly Does Heroin Do To The Body?

Many organizations, like the DEA, continue to stress that drugs have a different effect on each person. The results can be unpredictable and may be hard to determine before taking the drug, but there is usually an idea of what can happen. With heroin, there are some well-established effects that its usage has on the body.

Understanding what the effects heroin has on the body can better help you when you call us at 800-891-9360(Who Answers?) to ask about treatment options. 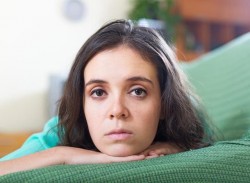 Long term heroin use can cause irreversible brain damage.

An opioid synthesized from and having similar effects as morphine, heroin is a highly addictive and fast acting drug. The NIDA estimates that around 4.2 million Americans over the age of 12 have used heroin once in their lives in some form, with about 23 percent of them developing an addiction.

It can be inhaled, smoked, or injected and usually appears as a brown or white powder. Occasionally, it is in the form of a sticky black substance, commonly referred to as “black tar” heroin.

Regardless of the method used to take heroin, it has a rather quick effect that can easily cause very dangerous health issues. The opioid receptors in the brain, which affect how our bodies perceive pleasure and pain, are the first to be affected. The receptors control some of the body’s most critical functions, like respiration and blood pressure, which can lead to sudden respiratory suppression in cases of overdose.

Most users report a sensation of physical heaviness, clouded mental functioning, flushed skin, and dry mouth accompanying the euphoria that happens when injecting heroin. Many will also alternate between states of wakefulness and drowsiness once the euphoria wears off.

According to the DEA, additional symptoms of usage can include nausea, constricted pupils, and a decrease in respiratory function. Users may also experience severe itching, vomiting, and nausea.

Methadone is a controversial medication that has been proven to help reduce heroin withdrawal symptoms when it is taken under the direct supervision of a doctor. Taken correctly, methadone can have a number of benefits for the user. It can restore balance and stability, reduce withdrawal symptoms and allow the user to get back on ….

The biggest effect that heroin has on the body is that it can lead to addiction. The quick effect of the drug, combined with frequent usage as a result of addiction, can lead to serious effects like an overdose. As the person continues to use, their tolerance to the drug increases and they need to take a higher dosage.

Overdoses usually are identifiable by signs like shallow breathing, convulsions, blue lips and fingers, and clammy skin. High dosages of heroin can also cause the person to become comatose and can be fatal.

Studies suggest that prolonged usage of heroin can lead to serious and irreversible brain damage, which can cause further problems. The brain’s ability to control behavior, make decisions, and the response it has to stress can be altered from heroin use.

Intravenous usage can cause collapsed veins and carry the risk of infection and contracting HIV from sharing needles. Smoking or snorting heroin can cause scaring in the nasal passages, throat, and lungs. If there isn’t enough time in between usages for the scarring to properly heal, users may have frequent nose bleeds and breathing issues.

If you or a loved one is seeking information on treatment centers, please call us at 800-891-9360(Who Answers?) to learn more about your options.