Home / Articles / Is it True? Are People Really Dying from Heroin Withdrawal?

Is it True? Are People Really Dying from Heroin Withdrawal?

What does it Mean to go Through Heroin Withdrawal?

They also say that although it will not kill you, you will wish you were dead. The symptoms are so intense that some people go back to heroin just to make the symptoms stop. To find a treatment center that can help you get through this difficult time, call 800-891-9360(Who Answers?). 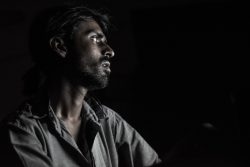 Severe depression is a symptom of heroin withdrawal.

Although heroin withdrawal is not usually deadly, there are some dangers associated with it, if you attempt to go through withdrawal without the benefits of a treatment center. A few of these dangers are:

Most of these risks lead either to stepping back into drug use or overdose.

According to the National Library of Medicine, one of the main risks during heroin withdrawal is going through detox and then returning to heroin use. Detox reduces you tolerance to the drugs.

If you go back to using the same amount that you did before the detox, you will wind up overdosing. This also happens when you leave treatment early.

Dehydration happens due to the diarrhea and vomiting. Drinking water and staying hydrated is crucial to your overall health. Most people do not want to drink when they are in withdrawal but you have to or seek treatment where they can give you IV fluids if necessary

Aspiration is a product of passing out and breathing in vomit. This is extremely rare in the case of heroin withdrawal but is mentioned because it has happened.

There is also a suicide risk when you are in withdrawal. Some people suffer from severe depression during the process. If you have any history of depression or depressive illness, you should seek help from a treatment center.

What Exactly Does Heroin Do To The Body?

According to the National Institute on Drug Abuse, you can participate in treatment that uses medications such as buprenorphine and methadone to stop your heroin withdrawal. They also recommend behavioral therapies to help you through the mental symptoms associated with heroin addiction, withdrawal, and aftermath.

You can find a safe way to stop using heroin by finding the right treatment center. To find a qualified treatment center to treat your heroin addiction and withdrawal, call 800-891-9360(Who Answers?). We can help.